Sunday in the Park with Harry

SUNDAY IN THE PARK WITH HARRY,  a fun/friend-raiser for Pegasus Theatre 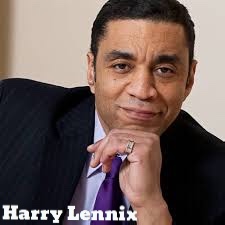 Chicago, is in Wicker Park on Sunday, May 21st.  Long-time friend Harry Lennix (Star of NBC’s THE BLACKLIST) hosts the event, and will play piano and share stories about his career in film, theatre and television.

Harry Lennix is an accomplished film, television and stage actor who was born and raised in Chicago, IL’s South Shore neighborhood. Having performed with Pegasus in his early career (e.g., Ma Rainey’s Black Bottom, Kiss of the Spiderwpman), Harry is widely-regarded as one of the hardest working men in Hollywood. At 6’4”, he is known for his commanding stature, baritone voice, diligent work ethic and multiple talents.

His prolific film and television career includes recent roles in “Man of Steel” and NBC’s upcoming drama, “The Blacklist”.  He has also had leading roles in  “Ray”, “The Matrix: Reloaded”, “The Matrix: Revolutions”, “Barbershop 2”, “Love and Basketball” , “The Human Stain” and  “State of Play.” His television career includes roles in the Golden Globe nominated ABC television show “Commander in Chief”, the FOX hit series “24”, ER” , “Diagnosis Murder and the FOX series “Dollhouse”.

In addition to his distinguished film and television career, Harry has also starred in, or directed, staged productions across the country. In fact, in 2001, he was part of the first American company to be invited to the Royal Shakespeare Company in the production of “Cymbeline”. Harry made his Broadway debut in 2007 as the lead character in August Wilson’s final play, “Radio Golf”, which was nominated for a Tony Award.

SUNDAY IN THE PARK WITH HARRY will be at PICANTE in Chicago’s Wicker Park neighborhood:

Pegasus Theatre Chicago is a professional producing theatre company, founded over 37 years ago. The theatre has received 77 Jeff Awards, numerous nominations and the only theatre to receive a Human Relations Award for its community programs. Pegasus Theatre produces main-stage plays; a new works series, the Young Playwrights Festival and engagement programs. During 2016-17, the theatre’s world premiere of RUTHERFORD’S TRAVELS was recently Jeff Nominated, and along with the 30th YOUNG PLAYWRIGHTS FESTIVAL production, received critical acclaim! Our accomplishments cannot happen without you!

Please support Pegasus’ 2017-18 season to include the 31st Young Playwrights Festival, and a co-production of THE GREEN BOOK with Schpiel Theatre by purchasing your ticket to SUNDAY IN THE PARK WITH HARRY.

Please click the link below to get your $50 tickets.  If you are unable to attend, a donation would be appreciated!